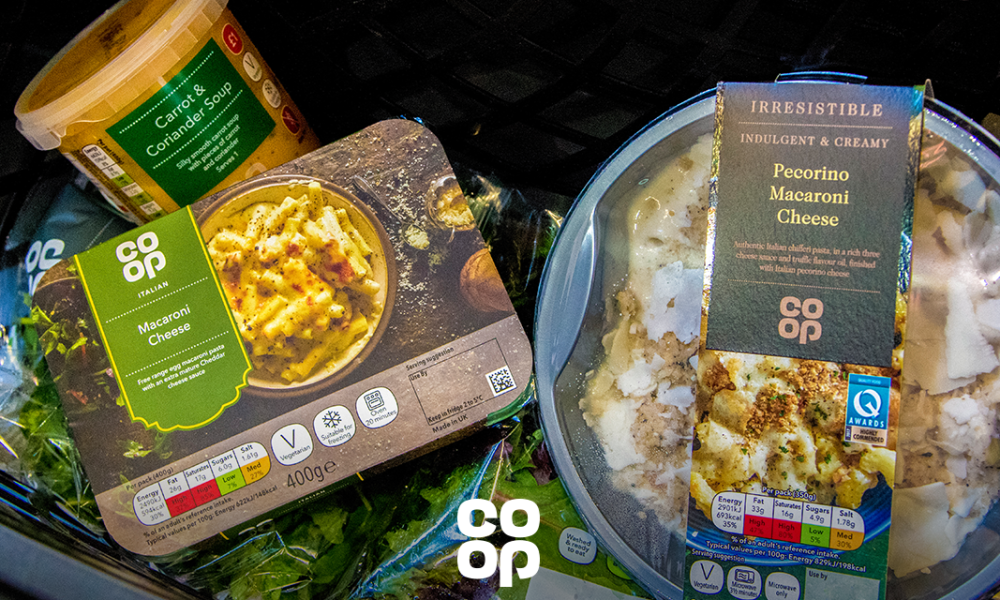 In recent years, more and more people have made the decision to go Vegan. As a result, many brands saw an opportunity to cash in on this and release Vegan products to complement the change in consumer thinking.The Co-op is the latest brand to join in the action as it is releasing a meat-free brand in order to take its share of the vegan market which is worth £1bn.

Consisting of more than 35 meat-free products, the range will be rolled out to more than 300 stores and 2,000 supermarkets, not forgetting the 4,000 independent retailers. This new brand requires a significant marketing push as it is the biggest ever product roll-out of own-brand vegan products.

The vegan market has grown significantly over the past 20 years with the Ethical Consumerism Report from the Supermarket claiming that the vegan food market has grown from £452m in 1999 to £1bn in 2019.

However, the Co-op is not alone. Greggs, who has already put itself on the vegan map with its vegan sausage rolls is now offering an extended vegan menu. The vegan sausage roll was a success and so, the company wants to capitalise on this.

Along with this, another large fast-food supplier in Subway is also entering the market with its Meatless Meatball Marinara sub sandwich, complementing its range of vegan meals. One of the largest supermarkets in the UK, Asda has also jumped on board with a range of plant-based products that are not only meat-free but affordable. This push comes backed with 100% recyclable packaging and their new ‘Live Better’ logo which they hope will help to drive sales and showcase their healthier options.

Veganuary is not a new movement but 2020 seems to be the year when brands are feeling as though now is the time to become a part of it. More and more people are looking to make the switch for many reasons but with marketing efforts having to switch to a completely new line of products, it seems as though supermarkets and food brands are keen to show just how adaptable and flexible they can be.